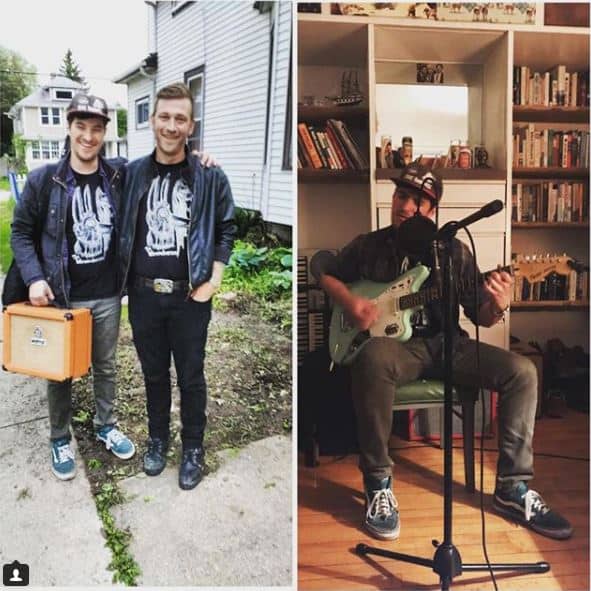 Placing a hard start date on Sunday Night Records would be an oversimplification.

What I mean is, there are innumerable events in my life that seem now like clandestine markers on the way to this moment in time.

Ok, that’s a little heady.  I really don’t talk like that in real life; I mean, I talk very excitedly about everything that’s happening, but I tend to spend a lot of time searching for the words. The benefit of writing this down is the time to process these feelings. Also there’s an added benefit that I won’t start crying or something while I say it. Because that happens sometimes.

Of course, every event in my life has led me to this moment; that’s simple cause and effect. The difference here is the drive and purpose that has attached itself to these previously trivial moments, and how that network of synapses and connections makes me feel uniquely suited to be here and so full of gratitude that even with the benefit of writing over speaking, I’m still having a hard time describing it.  It’s not every moment of every day; but in so many moments, it honestly feels like my feet are leaving the fucking planet.

And while purpose can be ascribed to those events after the fact, there is actually a specific night that I can point to and say, it started HERE.

when Ryan and I were watching Andrew Christensen play a set at open mic for maybe the 30th or 40th time in two years and this conversation happened:

Ryan: I want an Andrew album to listen to.  Why doesn’t Andrew have an album?

Ryan: We could record it for him at my house.

Me: Totally.  We should do that.

I honestly don’t remember which one of us said it, but the next sentence was “we should start a record label.”  Later that evening, there was another conversation that went like like this:

Me: You and me and Ryan are starting a record label.

So we did.  And we talked to Andrew and Chloe Louise and Frandú and told them that we didn’t know what we were doing but we knew a few things and we certainly knew that they were awesome and they needed to have records; mainly so that Ryan and Jess and I could listen to them.

And as soon as we told them; all three of them began producing new material at incredible speed.  A few weeks later, when I heard Andrew play “Same Mistakes Again”, a song he had just written, I knew that something we were doing was right.  I didn’t have any words to attach to that feeling at the time, but I can get close to describing it now.

When you call someone an Artist, and you tell them you believe in what they do, and you say it more than once and YOU MEAN IT every time because it’s true and it feels so true like if you never said it aloud you’d somehow be lying by omission; when you say this,

it empowers people to grow and change and take risks and do beautiful, incredible things.

I know this because I’ve seen it.

To make a record, all you really need is a safe, comfortable space and two condenser microphones.  ‘Tomorrow I’m Gone’ is a testament to that theory.  A year after we put a name on the label and 16 months after those first conversations, I have an Andrew Christensen album to listen to.  So does Ryan.  And Jess.  And a lot of other people.  And I listen to it all the time.  And I feel the way I’ve always felt when Andrew sings.

We’ve accomplished the very first goal we ever had as a record label.  Everything after this is gravy.

Thanks to everyone who has been a part of our first year.  Thanks to the artists who have trusted us with their art.  Thanks for reading this whole thing.  Thanks for the support.