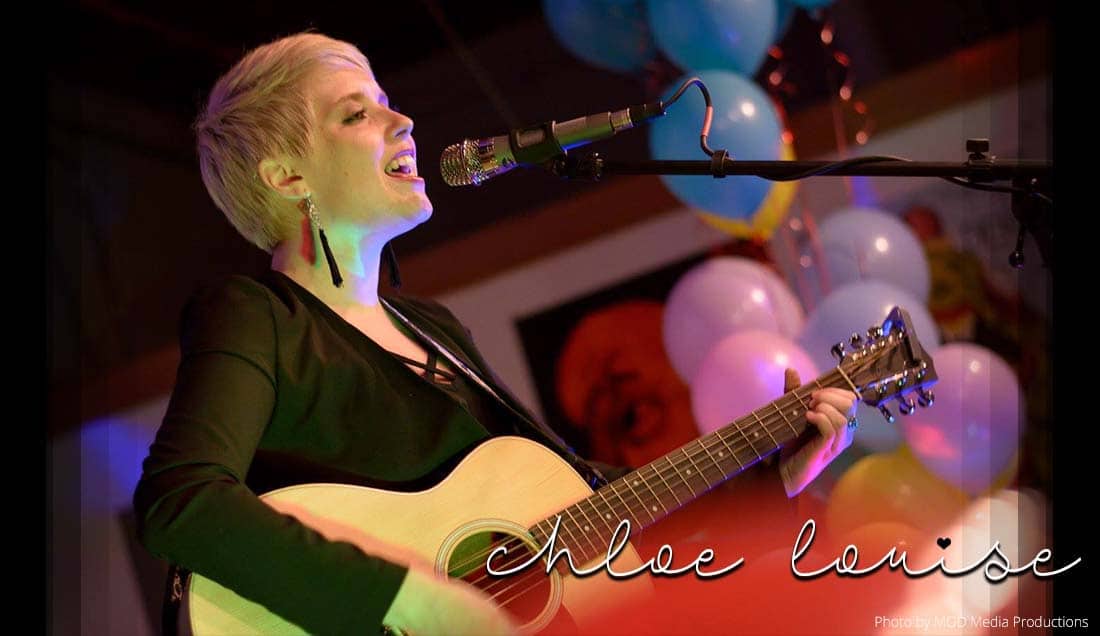 Purchase Hard to Tell | Get your Chloe Louise T-Shirt

Chloe Louise has a talent for telling stories in song. “But talent is for winning talent shows”, you say; “anyone can win a talent show. Why is Chloe so special?”

It’s true. Talent is not unique.  You need the hard work, vision, dedication, and love to push beyond the limits of mere talent. In this respect, Chloe’s drive, her focus, is singular.

Chloe wraps all the tragedies and victories of her life, great and small, into a catchy parcel of pop music, packed inside a box of country-and-western, and tops it with a bow made of soul. There’s also little hip-hop and R&B bows, and another sparkling bow made of Big Band and swing. Ok, so — there are like, a lot of bows in this metaphor.

Her influences are vast, that’s what I’m saying…she’s even got a song about that.

Chloe Louise sings about her life: the heartbreaks, the triumphs, the heartbreaks, and the space between.  Did we mention heartbreaks? She calls her band The HeartBreak Club for a reason. The nuance of her songs, and the honesty with which she and her band perform them, will be what draws you in close. When you step away, changed, covered in glitter, maybe you feel like everything is a bit more of OK. Maybe you find yourself humming or singing Chloe’s songs out of nowhere. In the dark of night, maybe you wake with a refrain running through your head. That’s what they mean when they say a song is infectious. Sing it in the car, in the shower; once Chloe Louise grabs hold of you, there’s no question that you will be singing it.

Chloe Louise lives in Madison, WI. She likes rainbows and sparkles and unicorns and doesn’t take any shit from anyone.

Hard To Tell
Released: May 18, 2018
written and performed by Chloe Louise
with guest musicians
LISTEN ON SPOTIFY
PURCHASE FROM SUNDAY NIGHT RECORDS

Press Release for “Hard to Tell”

Subscribe To Our Newsletter
We respect your privacy. Your information is safe and will never be shared.